Interesting candy factsCandy is a confection, which is known for elevating improves mood. As a rule, the product contains 60-75% sugar. Initially, candies were called candied or processed into jam fruits that…

International cake day: interesting facts about the holiday and your favorite dessert 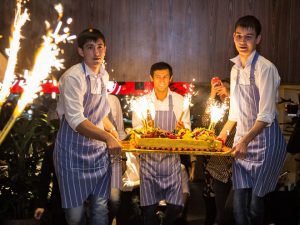 This sweet holiday is dedicated to peace and friendship between people, nations and whole countries. And it is not surprising, because it is difficult to find a person, young and old, who would not like a cake. All celebrations, birthdays, anniversaries, weddings and other holidays are simply unthinkable without fancy, delicious, multi-tiered, puff, cream, biscuit, huge, sweet, positive cakes.
But perhaps the main purpose of the cake is the opportunity to be eaten in a solemn and festive atmosphere with a cup of tea among friends. Therefore, it was the cake that was chosen as a symbol of friendship and peace for many countries that decided to celebrate International Cake Day. This holiday is held under the motto “I CAKE YOU”, which means “I will come to you with a cake.” Indeed, it is difficult to come up with a more friendly and democratic symbol for people to communicate than a cake.
For the first time at the international level, the Cake Day was held in 2011. The Milanese Club of the Kingdom of Love, an international non-profit community of musicians, cooks and other enthusiastic creative people, initiated this sweet and democratic holiday.
The purpose of the holiday was to spread the ideas of peace and friendship through culture throughout the world. This interesting initiative was supported by many CIS countries, as well as Israel and the USA. On this day, the world’s first joint multinational cake was baked, in the preparation of which people from these countries took part.
International Cake Day is a young holiday, but already quite popular. The number of countries participating in this sweet tradition is growing every year.
Each year, International Cake Day is dedicated to different topics, for example, space, love, fabulous. And in 2018, the theme of the International Cake Day is “Our Cinema”.
Among the most interesting events of the holiday are exhibitions of unusual and amazing cakes on a given theme, as well as fairs, auctions, confectioners’ competitions, musical and pastry shows, Cake parades, flash mobs and cake making workshops, corporate parties and just friendly tea drinking.
It is difficult to say who, where and when first came up with such a culinary masterpiece as a cake. To date, there are several versions. The history of this dessert is approximately 2000 years old. However, the exact date of manufacture of the first cake can not be called, because the main controversial issue has not been resolved, which products should be part of this cake.
The recipes for the first cakes included flour, honey, nuts, eggs, and milk. Since flour was considered one of the main ingredients of the cake, the palm can be given to Greece. It was here in the Neolithic villages during the excavation were found cakes, which were baked from crumpled seeds.
According to another version, it is considered that the great-great-great-grandfather of the first cake was made in Italy. No wonder the well-known proverb “about tastes do not argue” in the Italian version sounds like “they do not argue about cakes.” And the word “cake” translated from Italian means “twisting, tortuosity”. Approximately such cream patterns decorate this dessert. In addition, Italian pastry chefs are called “tortayo”, i.e. cake makers.
Another part of historians suggests that the cake is due to such a connoisseur of sweets as the East. The ancient cooks of eastern countries made delicious desserts from a mixture of honey, milk and nuts, shaped like modern cakes. A kind of cake was found in the tomb of Pharaoh Pepionch, who lived in Egypt in 2200 BC.
But whatever the origin of the cake, its further improvement and exquisite taste is obliged to the master-confectioners from France. It was here, in the country of love, romance and desserts, that once appeared, the cake conquered the whole world. For centuries, French culinary specialists and pastry chefs have been trendsetters in serving and decorating this popular and beloved sweet. France has become the birthplace of such well-known confectionery names like meringue, Napoleon, biscuit, mousse, cream, meringue, jellies and others.
No matter how stormy these disputes may be, it is difficult to come up with a more suitable dessert that decorates a festive and friendly table in all countries of the world.
Cake in Italian means “round bread” and is one or more cakes soaked in cream or jam, and decorated with cream, icing or fruit on top.
The highest cake, consisting of 100 tiers and 30 meters high, was baked in the USA, in the state of Michigan. 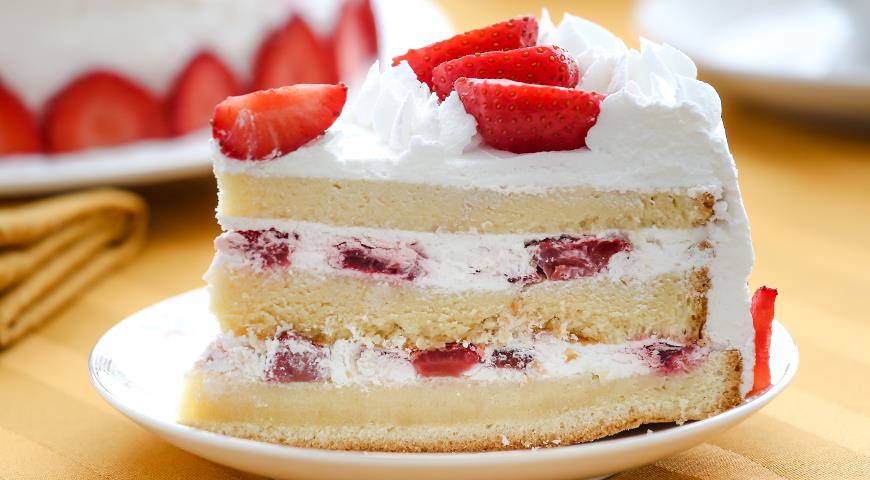